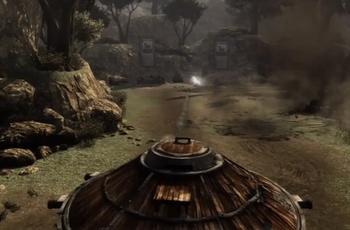 The deadly machines of Leonardo da Vinci, straight out of the drawing board.
Advertisement: