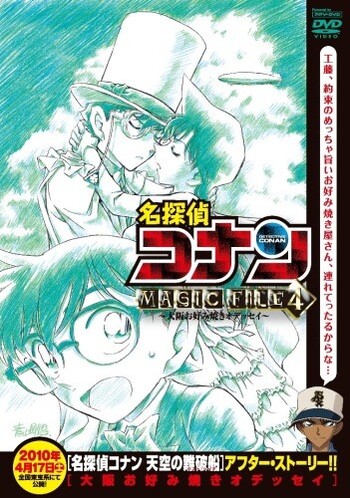 Detective Conan: Magic File 4-Osaka Okonomiyaki Odyssey is an OVA released in 2010. It is the fourth Magic File OVA and serves an Immediate Sequel to the film Detective Conan Film 14: The Lost Ship in the Sky.

Hattori wanted to take Conan to eat okonomiyaki as he has been promising to do so if Conan ever came to Osaka, however they faced many obstacles such as crossing a busy road repeatedly and finding the parents of an abandoned baby. Will Hattori ever manage to show Conan just how delicious Osaka's okonomiyaki is..