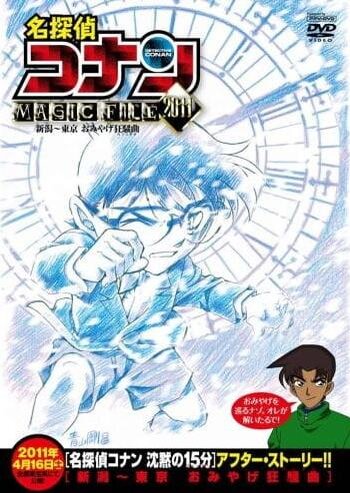 Detective Conan: Magic File 2011 The Nigata Tokyo Souvenir Capriccio is an OVA released in 2011. It serves an Immediate Sequel to the film Detective Conan Film 15: Quarter of Silence.

Having come back from their trip to Kitanosawa, the Detective Boys and Sonoko have brought souvenirs for Kobayashi and Makoto, respectively. However, it turns out that their presents were swapped, since they both looked the same.