Anime / Crayon Shin Chan: Pursuit of the Balls of Darkness 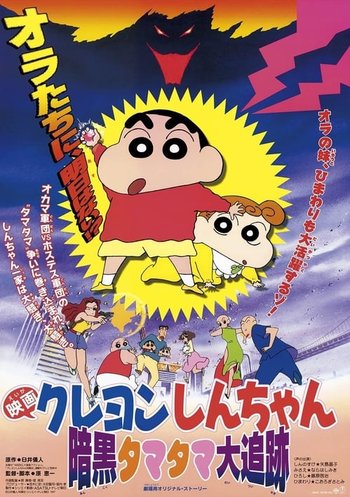 The fifth installment of the Crayon Shin-chan films. The Noharas get caught between two rival clans when Himawari accidentally eats a small ball that turns out to have mysterious and hidden powers that could bring the end of the world.