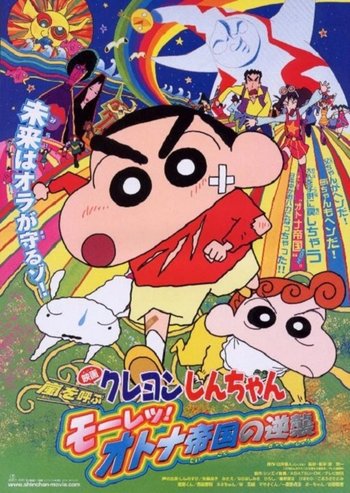 The ninth installment of the Crayon Shin-chan films.

When a new 20th century themed open park opens in Kasukabe, it quickly wins over the hearts and minds of the nostalgic adult population. It becomes clear to Shin-chan and his friends that the museum is affecting their parents and the other adults who visit it.

When their parents end up losing their memories and return to the comfort and nostalgia of the 20th century, it’s up to Shin-chan and his friends to unravel this heinous plot and return their parents to the 21st century before the whole world follows them into the past!