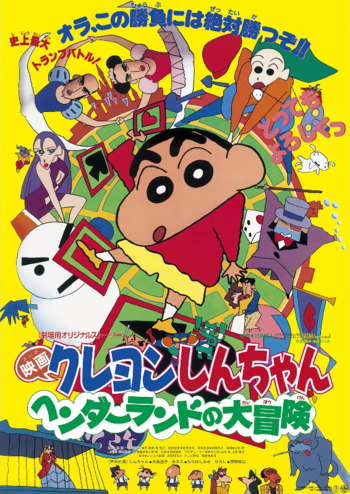 The fourth installment of the Crayon Shin-chan films. Shin-chan is separated from his group and learns the dark secrets of the amusement park they're visiting when he befriends a living marionette who entrusts to him a magical set of playing card