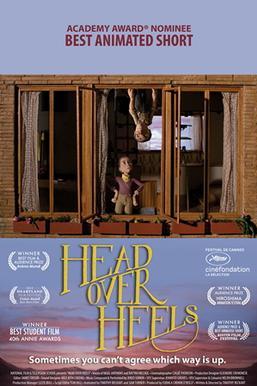 Head over Heels is a 2012 stop motion animated short film about an old married couple who share a house in which each person's floor is the other one's ceiling.

The film was written and directed by Timothy Reckart.