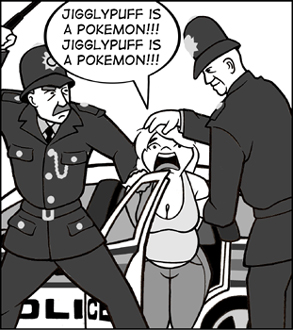 Jigglypuff IS a Pokemon.
SuzixEmma

The series ran until 2013 until it stopped updating, with the domain lapsing not long after. It's still accessible via archive.