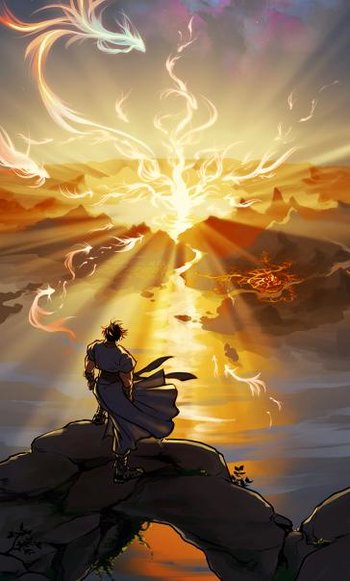 is a webcomic written and drawn by Keiiii. It tells the story of Ethan, a 19-year-old American tossed into a Magical Land named Keol. It features full color art and uses the vertical scroll format commonly seen in Korean Webtoons.

was published in November 2014, though a former Korean version exists.

Heart of Keol is centered on Character Development. Though there are a lot of travelling and some fight scenes, the background of each character, their interactions and the way their relationships evolve are far more important to the story.

Heart of Keol contains examples of: