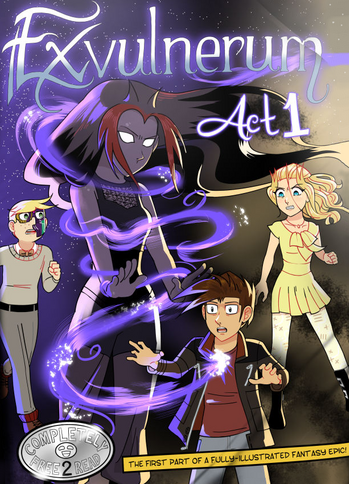 is a Fantasy Webcomic by Complete Internet Nerd Zules. The first page was drawn back in 2010 and updated hilariously slowly until she treated the comic as a Full-Time job in 2015 or whatever.
Advertisement:

The comic stars a farmboy named Evey Kendrickson and a sheltered rich girl seeking adventure named Amberleigh Istobal, along with a decent-sized supporting cast, going on several adventures involving magic, monsters, wonder, pain, and, for whatever reason or another, yo-yos.