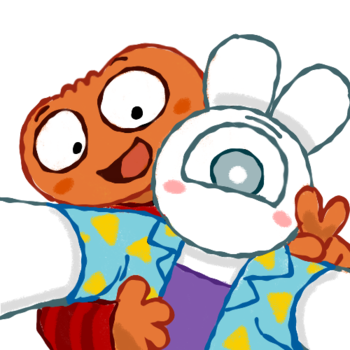 Quat (left) and Pik (right). The comic proper is in black and white.
Advertisement:

is an ongoing Webcomic hosted on Tumblr by Mira W.