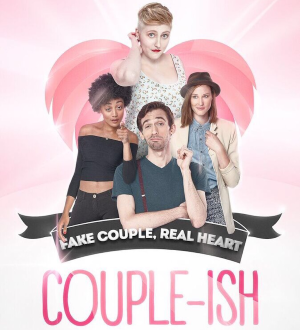 Dee and Amy are two siblings living in Canada. When Dee finds their rent spiraling out of control, Amy convinces them to look for a roommate. They soon settle on the stylish, British Rachel, who moves in and quickly becomes fast friends with the two. Overall, things are looking pretty good.

...until Dee realises that Rachel claimed that Dee was her domestic partner so as to gain a sponsor so she can stay in the country without being deported. Dee is shocked and concerned about the consequences of lying to the federal government; Amy tells them to have a heart. Reluctantly, Dee agrees to go along with it: from now on, Dee and Rachel will agree to pretend to be lovers.

The show is a Queer Media original web series made by Kaitlyn Alexander in joint efforts with Parcel Face Productions and Benji. The series can be watched on youtube here

, and their official Tumblr is here