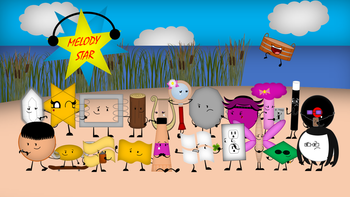 A Hungarian Object Show made in 2017. The original version of the show only had one episode before getting dropped, but the creator of the show, Klaudia, is currently making a reboot.