Video Game / The Way of Cinnamon 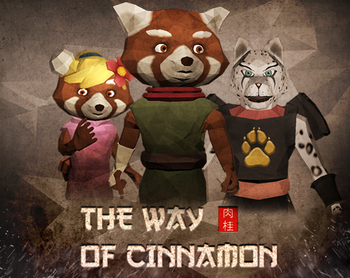 The Way of Cinnamon is a 3D Platform Game by Purple Giraffe Games.

Cinnamon is a red panda living in peace with his family in their village. All is well until the evil snow leopard Wu-Long invades and takes all the residents, Cinnamon's family included, hostage. Now, with the help of Dun, his family's ancestral shield, he must set out on a quest to free them all and defeat Wu-Long.

The Way of Cinnamon contains examples of: