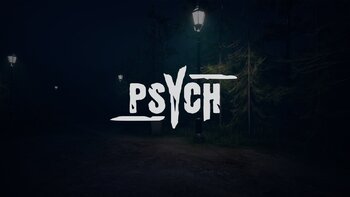 Psych is a Horror Game by MediaTale.

Alex is a man who's been in the hospital for some time after a car accident he was involved in. It seems to have done a number on him, as he can't remember any exact details of the accident, or how he seems to have developed some kind of psychological disorder from the ordeal.

Now that he's out, Alex is meeting his sister, Sam, for her sixteenth birthday in the park. From there, they'll go to their parents' house to celebrate proper. However, it's very late when he gets to the park, and Sam's nowhere to be found. So Alex has to go look for her.