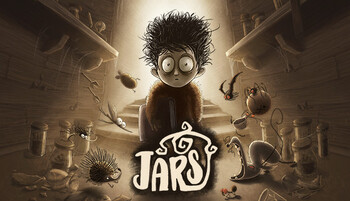 There are more things in that book, Victor, than are dreamt of in your philosophy.
JARS is an indie strategy game developed by Mousetrap Games and published by Daedalic Entertainment and released on October 20, 2021 for Steam and Nintendo Switch.
Advertisement:

The game's narrative stars a boy named Victor who winds up in his family's dark basement in full prophecy of a mysterious book. The basement is full of creepy nasties that Victor must destroy so his family's prized Sarcophagus is not opened. Each level of the game requires the player to find a new strategy to protect the Sarcophagus.