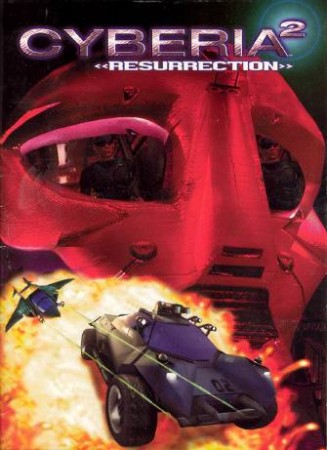 Cyberia 2: Resurrection was released in 1995 for MS-DOS and Microsoft Windows as a sequel to Cyberia. It features the same gameplay as the original with improved 3D-rendered graphics and an increase in the amount of in-game cinematics.
Advertisement:

The story picks up where the first game ended. After Zak and the Cyberia weapon crash land back on Earth following the destruction of Devlin's orbital headquarters, they are intercepted by an FWA team led by a Dr. Corbin. Corbin, under orders from his FWA employers, places Zak in cryo-storage and uses the remains of the Cyberia weapon to create a deadly virus called nano-toxin. Though the FWA seeks to quell a growing rebel movement with the nano-toxin, the maniacal Corbin intends to use it to kill millions and "reshape the world as we know it."

After three years in cryo-storage, Zak is thawed out by a renegade FWA major, and together the two of them set out to find Corbin and stop his plans.