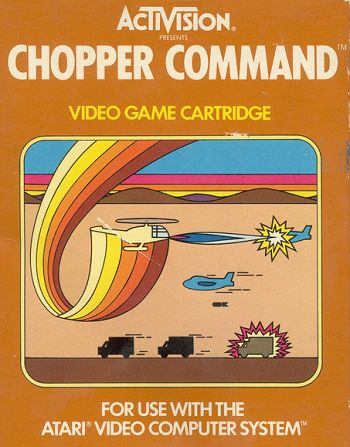 Chopper Command is an Atari 2600 game programmed by Bob Whitehead that was published by Activision in 1982. It was later released for the Intellivision as a homebrew under the name Copter Command. In the game, you control a helicopter which you must use to protect a military convoy of trucks from being attacked by enemy bombers.