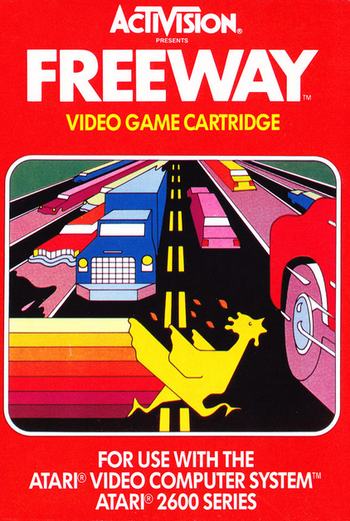 Freeway is an Activision game that was created and released for the Atari 2600 in 1981. It was programmed by David Crane, the developer of Pitfall!. In the game, you and a second player control a chicken that you must get safely across a busy highway as many times as you can before the time runs out.