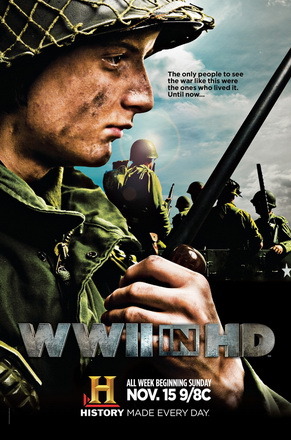 WWII in HD, or World War II in HD is a documentary Mini Series by The History Channel focusing on World War II following the stories of 12 American service members during the war. Their narration was told their records through the war or through interviews. The clips shown in the documentary were originally shot in color during the war and most of it had not been shown in public prior. It covers the two major theaters of the war, the European (against Those Wacky Nazis and Fascist Italy) and the Pacific (against Katanas of the Rising Sun - Imperial Japan).