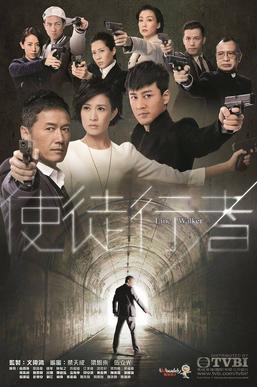 The drama follows the lives of undercover police agents who must live a double life in secrecy. Not knowing when they can return to their normal life, they must also endure the constant fear of being uncovered by those they are assigned to infiltrate. However, this time their lives are put in danger with the discovery the existence of a mole in the police force.

The first season with 31 episodes finished airing in 2014 as one of the highest rated and most watched TVB series of the year. A second series Line Walker 2 was released in 2017, and acts as the prequel to this series.

The opening theme is "Apostle Walker" and the closing theme is "Love Is Not Easy" by Jinny Ng. Due to the latter's quality and appearance whenever a romantic incident happens, it has ascended to MemeticMutation

Page is under construction and needs love.