Series / Blood of the Templars 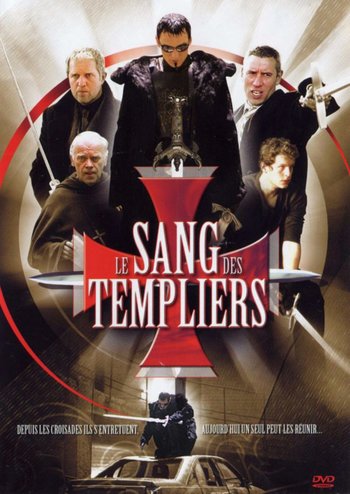 Blood of the Templars (Das Blut der Templer) is a 2004 German TV miniseries. It's about, as the name implies, about the descendants of Jesus and The Knights Templar in modern day.
Advertisement:

David is a regular 18 years old boy about to complete high school. Raised in a monastery, he believes his parents died in an accident many years ago. However, his perceptions about his daily life change when he gets in a fight in a party and discovers his body displays some superhuman traits he had never noticed. Soon, he gets targeted by two ancient conspiracies that have survived to our day: the traditionalist Knights Templar and the vicious Priory of Sion, who both believe David is the key to find the Holy Grail. Accompanied by his girlfriend Stella and his monk tutor Quentin, he will have to pick a side.

The miniseries received a two-part Novelization by popular German author Wolfgang Hohlbein, published in 2004 and 2005 respectively. A Prequel titled Die Nacht des Sterns, penned by Hohlbein and his daughter Rebecca, was added in 2005.