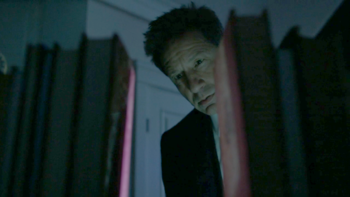 "This is a witch hunt."
Written by Benjamin Van Allen
Directed by Holly Dale
"I think someone has put a curse on this town, Scully, and maybe unwittingly opened the gates of hell."
— Fox Mulder
Advertisement:

Mulder and Scully investigate the brutal animal attack of a little boy in Connecticut, while suspecting darker forces are at play.