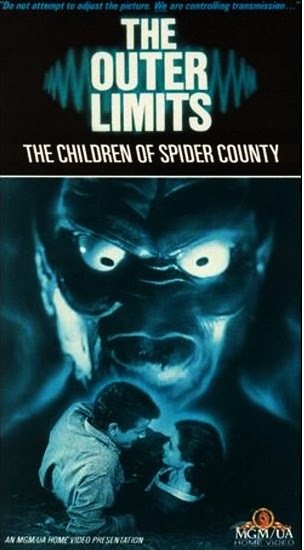 The VHS cover, a montage of alien!Aabel keeping a watchful eye on Ethan and Anna.
The Control Voice: In light of today's growing anxieties, it has become more absolute that the wealth of a nation consists in the number of superior men that it harbors. It is therefore a matter of deep concern, and deeper consequence, when four of the most magnificent and promising young minds in the country suddenly disappear off the face of the Earth...

A young man discovers that he and four other men are alien hybrids whose father has come to reclaim them.

The Control Voice: The wealth of a nation, of a world, consists in the number of superior men that it harbors, and often it seems that these men are too different, too dreaming. And often, because they are driven by powers and dreams strange to us, they are driven away by us. But are they really so different? Are they not, after all, held by the same things that hold us — by strong love, and soft hands?

The Tropes of Spider County: