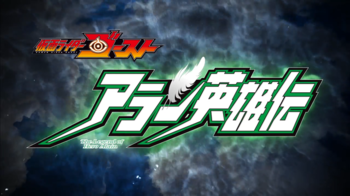 A DVD 4 part special focusing on Alain that will be released as part of Kamen Rider Ghost Blu-ray Collection 1 on April 13, 2016.The trailer can be watched here [1]