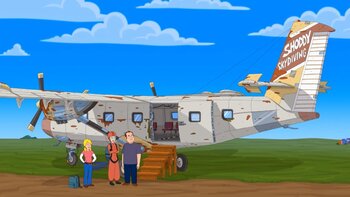 A Plot: Brent and Wanda help Lacey overcome her fears so she can go skydiving.
Advertisement:

C Plot: Oscar and Emma go to war with Karen and Davis over a prime potato planting locale.