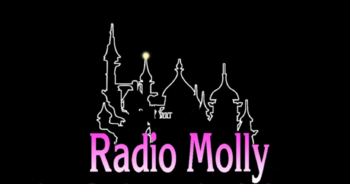 Hello, my Sexy Subjects, this is Radio Molly~

decided to reboot the concept of a lusty Celestia, this time, in sonic format. And thus, Radio Molly (formerly Audio Molly Replies) was born.

The show airs on Friday and Saturday weekly [although if problems come up on the Princess' end, either one of these shows will be cancelled], on either 8PM or 9PM EST, and continues the adventures of Princess Molestia, this time, painting her as a radio host, either interviewing people or taking in calls by her so-called "sexy subjects", and giving her more company than just her gaming sister, [who still shows up, time and time again, for Late Night Luna, which is pretty much Luna playing games on her sister's channel] in the forms of Gonzo himself, who delivers the news, Kiba Kush, Jay Lucker, and Amaretto, who all co-host the show with her, and many more characters.