open/close all folders
The Main Cast

The titular host of the talk show. She retains almost the same characteristics as the original blog's, with minuscule, invisible creative liberties taken to keep the "spiritual" in "spiritual successor." She often takes the appearance of either a normal feral alicorn or an anthropomorphic alicorn that claims to have a curvy figure, similar to various Princess Celestia/Molestia fan artwork. She resides in the Canterlot Royal Castle with her sister Princess Luna, along with her other show staff.

One of the many main co-hosts of the show. His appearance is a unicorn with a white coat and a green mane and tail. In the show's lore, he was at first an accountant that attended Molly's school for gifted unicorns, but later became a legal marijuana farmer and distributor. Kiba's duties within the show itself also includes massaging Molly on random occasions and be constantly subjected to ridicule by the other staffers. He currently dates Fleur de Lis.

The original voice-over artist and editor behind the dubbing of the Ask Princess Molestia blog. His appearance is a unicorn pony with glasses, a tan coat, and brown mane and tail . His first appearance on the radio show was for an interview in a May 2016 show. He has since became a full-time member as a newscaster and co-host. In the show's lore, he stays with with the princess in the Royal Castle, being constantly harassed by Molly as she proclaims her undying love for him. 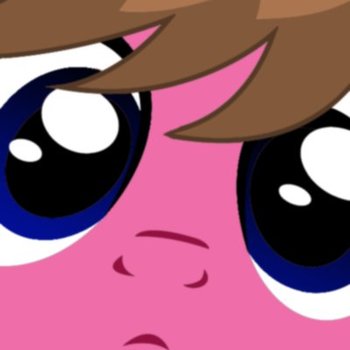 Co-host of the show. Her appearance is a unicorn pony with a French outfit, a brown mane with a ponytail, a matching tail, and a pink coat. In the lore, she is married to an Irish pony named Lucky Charm, and owns a coffee shop in Canterlot called The Moulin Hooves. A running gag of the show involves the constant mispronunciation of her name, despite constantly correcting them.

Co-host and gossip correspondent for the show. He is one of the few human characters within the show, with light skin and blue hair. As a running gag, he is subject to Lyra Heartstring's unhealthy obsession of hands.

Similar to the source blog, she is a habitual gamer, even hosting several streams where she plays games. In the lore, she corrupted into Nightmare Moon during the month-long 2016 Halloween event for three shows, imprisoning Molly and torturing several members before Amaretto intervened. Luna returned to normal as her corruption manifested into a sentient life form. 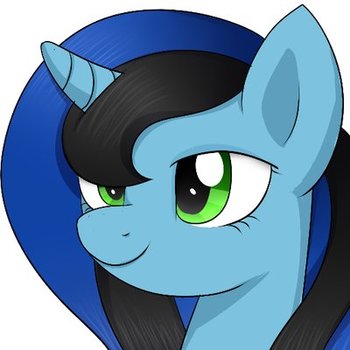 A librarian under the wing of Princess Luna. 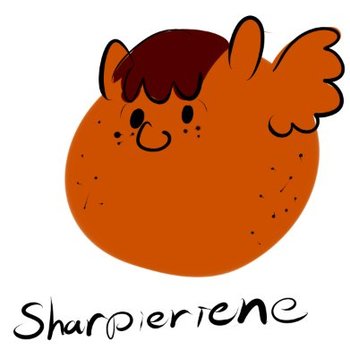 A reoccurring personality and host of several other social media channels, including Youtube, Vid.Me, and Twitch. He is a pegasus with an orange coat, mane, and tail. 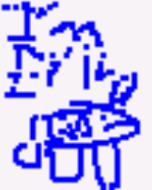 The corruption that turned Princess Luna into Nightmare Moon during the Halloween event, now manifested as an alicorn foal.

Captain Of The Guard

The captain of Molly's personal castle guard ponies, and caretaker of Blue Moon. One of the few humans on the show.

A Diamond Dog with a dark grey coat, sporting a blue beanie hat and matching vest. The lore states he was a shotgun-wielding reverend of a destroyed church, belonging to a group called Complex 9. He is also the one true Hype God.

The royal accountant for Molly.

Based on the character from the My Little Pony: Friendship is Magic show, with a few alterations to personality and history. She claims her husband died a few decades ago and as a result, has become a self-proclaimed cougar, hitting on every young stallion she finds. Granny is always locked in the basement of the studio, unless she escapes and hijacks the show.

Madam Velvet and Madam Exotic Burters. They are two gypsy sisters that first appeared during the 2016 Halloween event, and every so often after the event ended. They use tarot cards to give out readings and predictions to the crew and callers, which on some occasions come true on the show.

The adopted son of Molly, based on a background character from the My Little Pony show and the animated short by Jan Animations. He lives in the castle with the rest of the staff. He was taken in by his mother, but it's currently unknown where she is or what happened to her. Vlad and the Captain has claimed that if they find her, it wouldn't end well. He was soon turned into an alicorn, and is currently learning to fly. He dates Sweetie Belle.