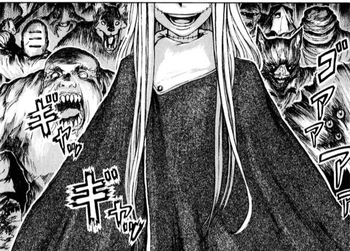 Don't worry, she's not going to kill you. She's going to FIX you...
Advertisement:

As a manga filled with Body Horror and fates worse than death, it goes without saying that Franken Fran isn't meant for the faint of heart...