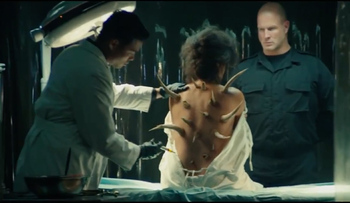 "Did I say this was a love story? No. It's a horror movie."
Advertisement: