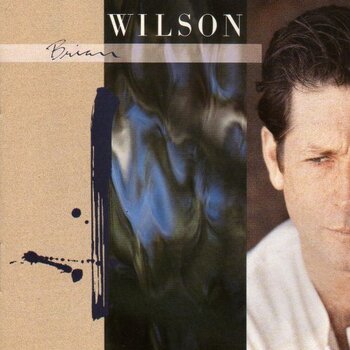 Brian Wilson is the self-titled debut album in the solo career of Beach Boys mastermind Brian Wilson. The first attempt for Brian to record a solo album was when he composed and recorded what would turn out to become The Beach Boys Love You.

Many of the songs on this album were originally demos dating back to the mid-70s and were intended to be made for Beach Boys albums. In fact, the song "One For The Boys" is a shout-out to the band from which he was estranged by psychiatrist Eugene Landy (who had co-producing credits on the album until his license was revoked). Other notable co-producers on the album are Electric Light Orchestra's Jeff Lynne and Andy Paley who would turn out to be Brian's songwriting partner from the late eighties to the mid nineties.

Brian Wilon was acclaimed by critics but did weak sales. The album has been nicknamed ''Pet Sounds '88 by its fans, comparing it to the The Beach Boys' magnum opus in terms of quality. One song off the album, "Love & Mercy", turned out to be Brian's Signature Song of his solo career. He would keep playing it on tour, and especially in parallel of crisis events happening around the world.

Love & Tropes is what you need tonight: