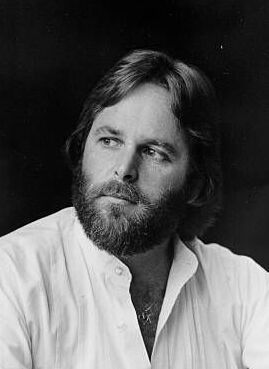 Carl Dean Wilson (December 21, 1946 — February 6, 1998) is an American Singer-Songwriter/guitarist who remains known as a member of The Beach Boys along with his two older brothers Brian and Dennis and his cousin Mike Love.

Born in Hawthorne, California, Carl's musical upbringing was rooted in rock'n'roll and country. His friend David Marks had guitar lessons by John Maus and it inspired him to do the same and get a guitar at the age of 12. Thanks to the Wilson family's group singing, he also shaped his tenor voice. As a Beach Boy, Carl was relegated to instrumental and backing vocals duties along other members such as Dennis or Al Jardine. After some rare lead vocals in the band's early career as well as some instrumentals written by him, he had his vocal breakthrough on the Pet Sounds masterpiece "God Only Knows". While Brian's mental health was deteriorating due to the troubled production of SMiLE, he had more involvement in the band's creative output, starting with Wild Honey and reaching a peak on Surf's Up where he composed his first songs "Long Promised Road" and "Feel Flows". He was also the band's musical director and, figuratively, the band's leader during the seventies until drinking and substance use started to become a hindrance on his life. It was during this time that the band began to splinter into two camps with he and brother Dennis on one side while cousin Mike Love and Al Jardine made up the other.

The '80s marked the beginning of his solo career which was also a brief hiatus from the band's touring (which he compared to Las Vegas shows). After releasing two solo albums, he came back to the band and remained as a performer more than a songwriter. One notable event, however, was his discontent with Brian's "Paley Sessions" which may have been one of the reasons why they were shelved. Despite having lung and brain cancer, he kept touring with The Beach Boys until 1996 and died in February 1998, just two weeks after his mother.

Carl remains known for his vocal talent, being dubbed "Voice of an angel" thanks to his performance on "God Only Knows". He was also a major internal element in the band's career and his death has been regarded as a major breaking point in the group's split.