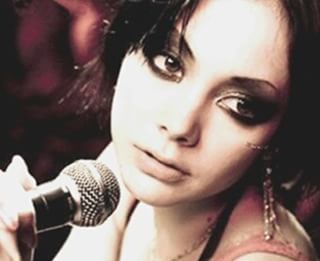 Anna Tsuchiya (born January 26, 1984) is a Japanese singer, actress, and semi-retired model, although she is primarily known as a singer. She was born in Tokyo, Japan to her Japanese mother and her American father of Polish descent on March 11th 1984. She began modeling when she was fourteen and has done television ads for Uniqlo and Edwin. She is well known for her role as Ichigo Shirayuri in Kamikaze Girls and as the singing voice for anime series NANA. Her songs, "Rose" and "Lucy" were used as opening themes, while her songs "Kuroi Namida" and "Stand by Me" were used as ending themes.

She was part of the rock duo Spin Aqua with former Oblivion Dust member K.A.Z in mid-2002, but the band was officially disbanded in mid-2004 after a hiatus due to Tsuchiya's pregnancy. She began a solo career in 2005 and released her first mini-album, Taste My Beat.Due to her resemblance to singer Nanase Aikawa, she was dubbed "The Second Nanase".