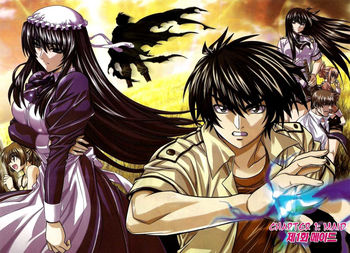 11 years ago, Eun Sung-min was one of the few survivors from a village that experienced the "Evil Phenomenon". He and his maid were saved by the mysterious Phantom King and his group, Phantom. Now the Special Environmental Protection Agency is searching for the answers to what happened on that fateful day, and how to combat the "Evil Spirits" that caused such mayhem.