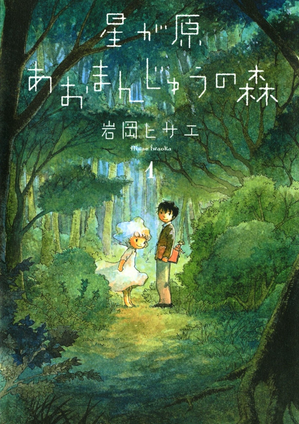 Hoshigahara Ao Manjuu No Mori is a five-part seinen manga, written and illustrated by Hisae Iwaoka (author of Yume no Soko and Saturn Apartments). The series follows the inhabitants of Hoshigahara, a magical forest with the power to give anything that crosses its border a consciousness, and the struggles of its sole human inhabitant, Soichi, as he fights for a way to join his lover in the realm of spirits.