Literature / This Other World 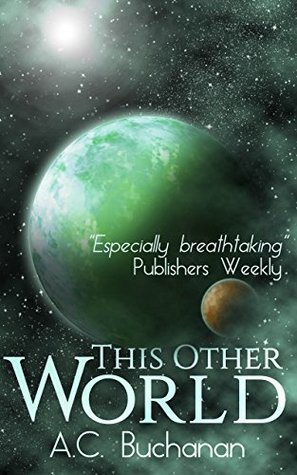 This Other World is a science fiction novella by A. C. Buchanan, originally published in Winter Well and later self-published.
Advertisement:

Vonika is a middle-aged autistic woman who moved from Earth to the city-state Temia on the planet Kami after her son Jak reached adulthood. Now, as a successful architectural engineer happily married to the Temian woman Tehya, she has found the happiness and belonging she never could on Earth.

As Vonika approaches old age, she is expected to undergo Ha-Ran, in which she will become telepathically connected to the other older adults. She starts to experience bursts of telepathic perception, even though she hasn't started Ha-Ran, and even though she's very uneasy about the change in her life it will bring. In addition, war threatens with the neighboring country Makka, and Vonika finds herself acting as a peace emissary.

This Other World contains examples of: