Literature / They Call Me the Night Howler! 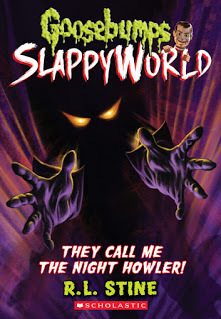 The Goosebumps SlappyWorld book where a kid becomes a superhero.

Mason Brady loves comics and comic book superheroes. One day, while visiting a comics museum, Mason meets one of his heroes, The Night Howler. He's tired of being a hero and wants to retire. He thinks Mason should take up the role of Night Howler, and eventually he accepts. But his new role comes with more dangers than he realized, as he must now fight crime and powerful supervillains to save his town.