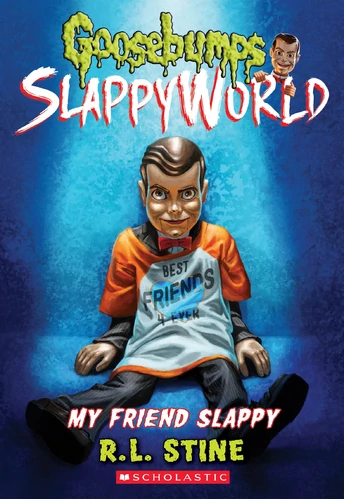 The Goosebumps SlappyWorld book where a kid befriends Slappy.

Barton Suggs has only one friend, and as a result he is a loner. What doesn't help is that he is always picked by two bullies, who give him a hard time on a daily basis. One day, his dad gets him a dummy, who of course is Slappy. When Slappy comes to life, Barton doesn't have the usual reaction. He's not scared, he's excited. With Slappy's help, he can finally get revenge on his tormentors. After getting over the shock, Slappy agrees to help with the bullies. But naturally, a friendship with a dummy isn't one you can trust...