Literature / King Of The Bench 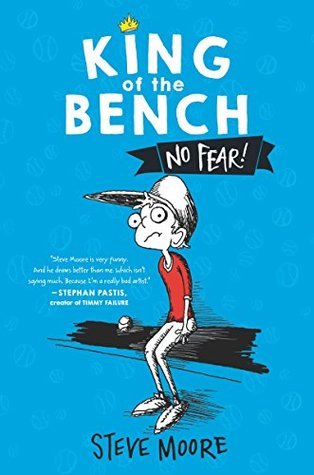 King Of The Bench is a series of books written by Steve Moore.

The series follows the life of a young boy named after the author. He attends Spirou T. Agnew Middle School with his two friends Carlos Dias and Joey Linguini, where the three of them regularly sign up for various sports teams.

However, they're not the best athletes the school has to offer (that honour goes to Becky O'Callahan). In fact, they're what you might call "benchwarmers". Not that that bothers them that much. In fact, they consider it about as fun as being out on the field. But, when they are out on the field, they certainly can throw their own weight around. Just not as much as the rest of the team.

The series has four books:

King Of The Bench contains examples of: