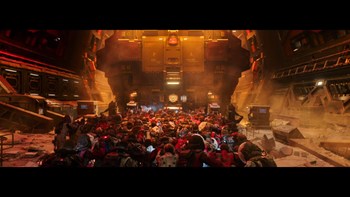 "When the Earth is destroyed, there will be nobody left to see! We're going back!"

WARNING: Spoilers Off applies to this Heartwarming page. All spoilers will be unmarked. Read at your own risk.