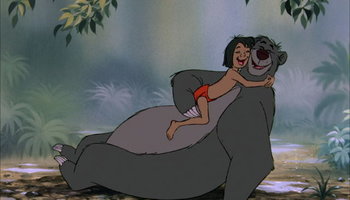 "With just the bare necessities of life!"