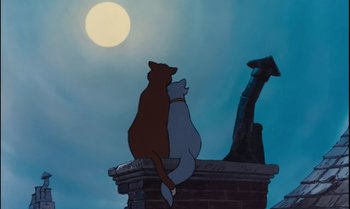 No wonder they later had kittens.