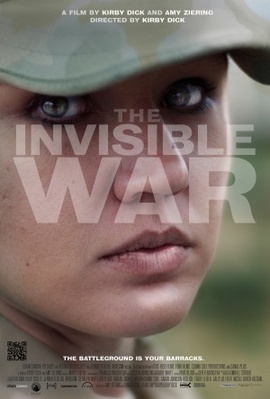 The Invisible War is a 2012 documentary written and directed by Kirby Dick.

It examines rape and sexual assault in the U.S. military. A series of rape victims, mostly women but some men, are interviewed on camera, testifying in graphic detail about how they were attacked. Rape culture in the military is suggested to be rooted in a self-selection of aggressive masculine types for the armed forces, and exacerbated by the closed-off nature of military society. As the film also reveals, a mindset of cover-up and denial is endemic. Investigating officers, usually the commanders of the units in question, seek above all else to end investigations. Charges are rarely filed, rapists are let off with minimal punishments on the rare occasion that they're convicted, and victims who report their rapes suffer major consequences to their careers.