Film / Into The White 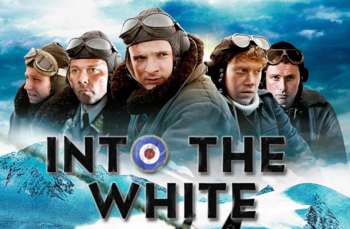 In the aftermath of a dogfight, two planes are shot down: One German, and one British. Stranded in the remote Norwegian mountains, the survivors take shelter in the same cabin. At first hostile, they learn they must work together to survive, and eventually the men even put aside their differences and begin to form genuine bonds. Based on true events, with the names of the Brits changed.