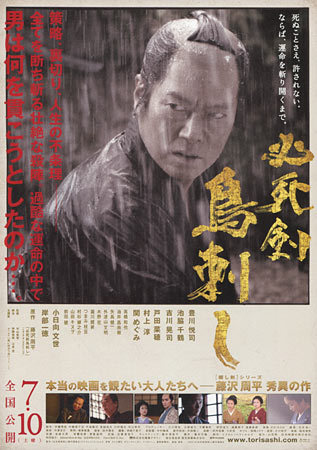 Sword of Desperation is a 2010 Jidaigeki film that is just as much about drama as it is about Edo-era politics and awesome sword fights. It shows just how nasty the interpersonal relationships involved in running a fief can be, and comes with many unexpected twists.