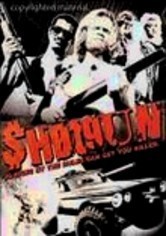 Ian "Shotgun" Jones is a Cowboy Cop on the LAPD. When his prostitute sister is murdered by a maniac with connections, Jones goes on a Roaring Rampage of Revenge across the city. Not even being kicked off the force can stop him from going to Mexico to exact some deadly justice.