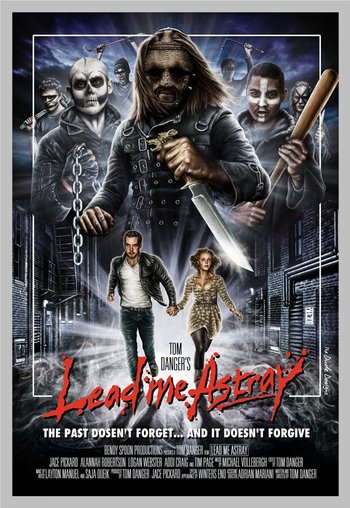 Detective: "Would you consider yourself a dangerous person, Mr. Willard?"
Alexis: "I can be."

Lead Me Astray is an upcoming 2014 Australian independent film written and directed by Tom Danger.

When a single act of violence causes a young man's troubled childhood to come back, his world is turned upside-down and the love of his life is threatened. And until the film comes out, that's all we can put here, really.

The official trailer for the film can be seen here

. AS THIS FILM HAS NOT YET BEEN RELEASED, we can only list tropes that appear in the trailer.