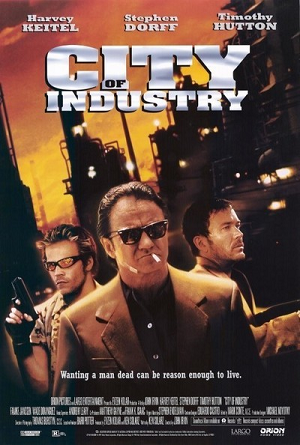 City of Industry is a 1997 neo-noir crime film.

After a group of robbers succesfully execute a jewelry store heist, one of their members betrays the others to take the loot for himself. The only other survivor pursues his former partner to get revenge for his brother's death in the clusterfuck.