Film / Asperger's Are Us 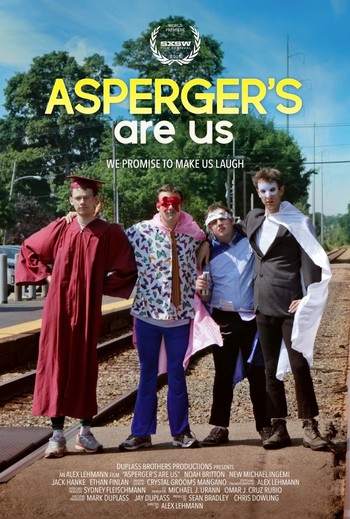 Asperger's Are Us is a Documentary by Alex Lehmann.

The documentary follows four young men on the autism spectrum who are in a sketch comedy troupe called "Asperger's Are Us". They formed the troupe to entertain other people with Aspie senses of humor (absurdism with no connotations and lots of wordplay).

They've been performing in the group together for many years, in many different places. However, now they're preparing their most ambitious gig yet... because it could be their last before they break up to move onto the next phase of life.

Asperger's Are Us contains examples of: