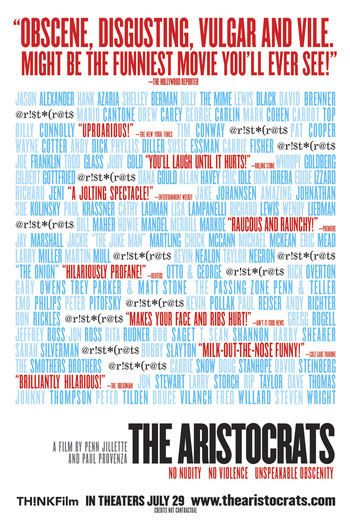 In 2005, Penn Jillette and Paul Provenza made The Aristocrats, a documentary featuring about a hundred comedians telling their own version of the eponymous joke and their own stories about its history. While the joke itself isn't funny (which they note during the film), the comedians talking about it are frequently hilarious.

Nobody should confuse this film with The Aristocats, although several of the featured comics acknowledge the hazard of accidentally ending the joke with "The Aristocats" instead of the actual punchline.

This documentary includes examples of: